skip to main | skip to sidebar

ROMVLAE GENTI demands the intellectual, conceptual, and cultural freedom to think and act for the benefit of OUR people. The entire post-war experience of the West has been defined and dominated by the Jewish ability to control how we conceptualize and moralize truth and reality. RG is part of a cultural movement now worldwide in scope that says BASTA! No More! RG understands the world, as explained by Friedrich Nietzsche, as a fight to the death between ROMA and JUDEA. This is not only a war for the "hearts and minds of our children" but for the very survival of cultural and civilizational systems. As Western Modernity is wholly Judeaic in character, being based not only upon Judeo-Christian morality and ethics but also Jewish control of information and moralization of truth, RG understands that the 250 year fight to destroy modernity is primarily a fight to end the reign of terror and system of racial and cultural extermination faced by OUR people. Thanks to The Occidental Observer for the following photos that clearly show the contradiction between Jewish ability to think and act for their benefit while denying us the same right.

Posted by Romaskin at 1:21 PM No comments: 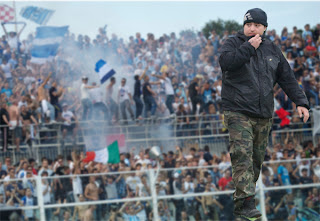 Martin Avaro on Roma and America 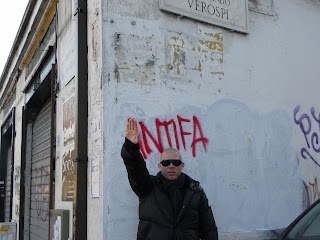 A recent return to Roma left me feeling my self again, saying YES to life in the most profound way. Moved by Roma, Romanità, and fascism I felt the will – the spiritual nature of human reality – reveal itself to me again. I was in a community that embraces the narratives that drive our species. Materialism and vulgarity seemed 4000 miles away. But when you are in the water, like the fish, you cannot see it. It wasn’t until I came back to America only to sit in mall traffic on my home from the airport, that my psyche understood the horror to which my body was subjecting it.

When I moved to America from Roma in January 2008 I felt like a tourist; like nothing that was happening around me was of great concern, that the people were inextricably removed from what mattered and happened to me. Over the next three years, this feeling gave way and I began to take an active interest in the politics of what is being called the North American New Right, as well as what can only be called American National Socialist separatism. This interest was fueled by the incredible mediocrity that governs American life – a total absence of culture, tradition, courage, or critical thinking. I reluctantly gave-in to the simple-minded racists – intelligent deracinated academics – that asked for contributions to their journals. As hard as I tried, however, the overly racial analyses that pass for critical thought in America never made any sense to me. This extends from academic writing of every sort, even as I know best anthropology – that bastion of liberal, politically correct, egalitarianism – to popular and unpopular truths about man and the world.

For example, Irene Peano has recently written in Anthropology News (Vol. 53, no. 1, Jan 2012: 32) about the subversive potential of illegal immigrants to Italy, given the recent riot by detainees on Lampedusa. Peano points out that the riot was supported by anti-racist locals and appears to be a form of resistance to the regulation of mobility of labor. However, nowhere does Peano mention by what rights the illegal immigrants make demands on Italy and Italians. Likewise, she assumes progressive the anti-racist Italians. She is able to do so by way of a Judeo-American multicultural truth regime that makes truth of anything that weakens Western Civilization and anyone who makes invisible white natives.

Another example is Harold Covington – an eloquent and important thinker of American National Socialism. While he and Peano could not be from more opposing political positions, both share an American obsession with race as marker of human value and potential, at the expense of truly critical thought. Where Peano is unable to comprehend that the “racists” who oppose illegal immigration are acting with more freedom and risk than the liberal intelligentsia to which she belongs, Covington refuses to critique the opposing moral and ethical systems that separate the liberal from the national socialist. Further, he fails to critique capitalism – a failure completely consistent with his racially provoked uncritical commitment to liberal morality. To be clear, a national socialist can never be a true liberal, but in America race trumps all other criterion of judgment, leaving a national socialism that does not properly understand the connections between capitalism and morality.

Race aside, I just cannot abide the fervor among these extremist Americans for preserving something American. Instead, I understand America as would Nietzsche – as the greatest mistake in the history of the human species. There is simply nothing noble, dignified, valiant, or honorable here to preserve. These New Right thinkers are wasting their lives preserving rotten fruit. If any of them spent any time in my Roma they would see and understand immediately the difference. It horrifies me that in America it is racist to extoll the value of Western Civilization, while in Roma it is actively studied, understood, and defended. It is no accident that capitalism and its empty bourgeois form of life have stripped anything and everything of value from the lives of even the most critical of Americans – to the point that the best thoughts they have are completely nihilist and destructive of any possibility of community or peoplehood. This is how consumption and atomized individualism have conquered American souls, leaving populations to be defined demographically by corporate marketers. And this is the form of life that America is exporting! Thankfully, there are communities of value and tradition that will fight this devaluation of existence. Just … not … here. So, here in Babylon, in the citadel of mediocrity I turn my attention back to Roma, once again a tourist in the most disgusting place on earth.

Posted by Romaskin at 1:51 PM No comments: 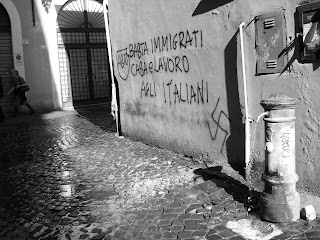 As I take a break from slogging some garbage for a non-existent – and thanks to my political beliefs impossible – academic career, I ponder instead my impending return to Roma. Birthplace of ROMVLAE GENTI, Romaskin, and a political and social system based on aristocracy, hierarchy, strength, honor, discipline, glory, responsibility, virtue – in short, FASCISM. I’ll be trading the Planet of the Apes for a week of purity, violence, enemies, and the deepest of friends and altruistic cohesiveness. I will have a people for another week. Americans have no idea what that means. All I can tell them is move to a fascist neighborhood in Roma and find out. T and I will be amongst a literate, political, devoted popolo that has no moral affiliation with either multiculturalism or liberalism. We will walk where NO JEW will dare tread – a sacred ground, then, for anyone who has an inkling about the origins of contemporary Western mediocrity. We will be in search of Giorgio Freda while traversing the DVX’s Roma. As always, we will carry Nietzsche with us – the origin of Counter-Enlightenment understanding. We will see the Roma of the Romans; the Roma of the Fascists; the Roma of those who will destroy the Judeo-Christian taint that continues to obscure the nobility achieved by pre-Christian Europe. For a week more, then, ROMVLAE GENTI will exist, and not just in the minds of those inhabitants of Casa Lupetta. It will be a real force at work in the world thanks to the conditions of possibility of Roma itself. Here its members scurry in the dark. In Roma they walk with pride, taking the greetings of their people, warmly embraced by history without contradiction or critique. I was reminded while reading Paul Baxa's Roads and Ruins that what Fascism asked of Italians was simply greatness. In other words, to look inside themselves and find that which Roma had given them, only to be dashed upon the edge of a comfy sofa and TV set for the sake of consumption, antiracism, and the sweetness of total disconnection from anyone and anything of value. I ask the same of Roma and this is why the Eternal City and its people love me so. This is ROMVLAE GENTI forgetting for one week the morass of its American mission.

Posted by Romaskin at 1:28 PM No comments: 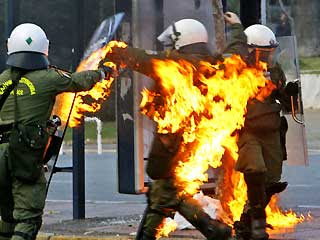 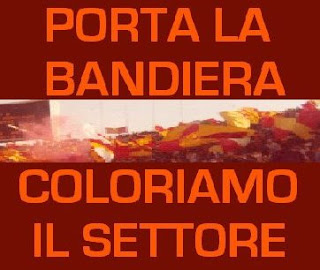 Occupy EVERY Street!
How many of us will be beaten and illegally detained for questioning the practices of a capitalism that has lost control? How many sovereign leaders that the Neocons and Israel find objectionable will OBAMA kill?
WATCH THIS
Posted by Romaskin at 10:29 AM No comments: